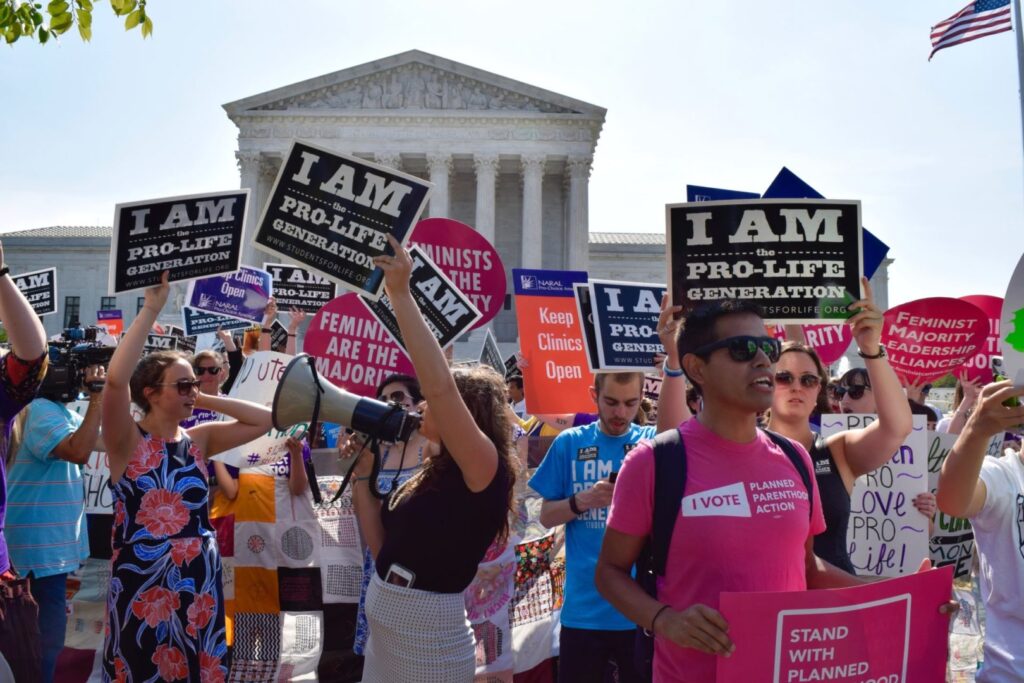 Unsubstantiated claims and disinformation have no place in politics, but unfortunately this political season has fallen victim to both. As a voter, it’s infuriating when politicians make claims that do not align with what they claim to stand for or with their votes on legislation.

We are now in a time where Republican leaders claim to be pro-life, when in reality they are just anti-choice and pro-forced birth. Let us discuss where GOP leadership fails at helping people stay alive. Outside of infringing upon reproductive rights, the politicians claiming to be pro-life are anything but that.

If they were pro-life, they would promote universal health care, a system that has proven to not only save lives, lower infant mortality rates and increase life expectancy, but also reduces overall costs to the society it is implemented in. Recently, over 20 studies have determined there is a net savings over time; in some studies the savings is immediate. The fact that universal health care is offered in almost every industrialized country and works means it will work here.

If they were pro-life, they would support a living wage. Minimum wage in Pennsylvania sits at $7.25 an hour and has not changed in 13 years despite several recessions and bursts of major economic growth. Working full-time at that rate is not enough money to support one person paying rent and buying food every month, let alone a family. Republicans in Pennsylvania relentlessly introduce one anti-choice bill after another, but have no time or desire to increase wages in our state. Republican leaders expect people to raise families on these starvation wages and are fine with watching parents struggle to feed their children.

If they were pro-life, they would support providing more financial support for adoption and foster care services in addition to streamlining the services to expedite the excruciatingly long processes. It is proven to be nothing less than traumatic for those who grow up in foster care, necessitating mental health care and services that are simultaneously inaccessible to those in need and expensive for taxpayers. Such trauma and a lack of  proper financial support for such services make the likelihood of an adoption more likely to fail. If Republicans were pro-life, they would also support more funding for mental health services as a suicide and self-harm reduction method, but they are not, especially when it comes to children that identify as part of the LGBTQ+ community.

If they were pro-life, they would support universal preschool, as it is proven to increase the likelihood for a child to be successful in all aspects of education. Furthermore, universal preschool often helps with early diagnosis and intervention for mental health and emotional issues and learning disabilities and helps implement the appropriate coping skill sets necessary for the future success of a child. In the long-term, it saves the government money on a per student basis.

If they were pro-life, they would support fortifying our public assistance programs like SNAP so families can afford to feed their children and support free school meals. About 1 in 6 children (1 in 8 of all Americans) are likely to experience food insecurity as of 2021. The greatest country in the world is letting its children starve and Republicans are to blame yet again.

Politicians who claim to be pro-life but don’t support universal healthcare, a living wage, adequately funding foster care and adoption services, universal preschool or public assistance are pro-birth. They care about controlling people and those peoples’ rights to privacy regarding matters that affect their bodies and families.

The Democratic Party is pro-life based on the services they work to provide for everyday Americans. When the time comes, consider this and vote for a Do-Something Democrat.

Robert Zeigler is a Millheim Borough Council member and the Democratic candidate for the 171st Pennsylvania House District in the 2022 election.